My Uncle Roy was a gay man in Denmark during a time when being gay was pretty much a death sentence, and not because of AIDS.  I don’t know a lot about his story because, sadly, he committed suicide during World War II when the Nazis not only threw Jews into concentration camps, but homosexuals too.  The Jews were made to wear yellow Star of David armbands and the gays wore pink triangles.

I remember in the 80’s before I moved to Victoria, I saw a theatre production in Vancouver called “Bent”, which was all about a homosexual concentration camp like that.  It was pretty disturbing. Whether my Uncle Roy killed himself to avoid being thrown into a camp, or he was afraid of being found out or simply depressed, I don’t know. He must have come to the conclusion that he didn’t have any choice but to make his exit.  My Danish cousins loved my Uncle Roy, but they didn’t know he was gay until I told them a couple of years back. Their parents had never mentioned it to them, but my mother had revealed Uncle Roy’s secret to my father and me many years before.  I know she loved her older brother very much, so his death must have been devastating to her.

When I was in high school, I found out that one of my best friends was gay.  I didn’t understand too much about what that meant at the time, so I told her she’d grow out of it.  Stupid, eh?  Well, what did I know?  The fact that she was gay didn’t really bother me very much, but it did bother members of my family, who told me they didn’t want me to spend any time with her, in case I “caught” something.  It sounds silly now, but at the time I think that sentiment ran high with a lot of people.  You certainly didn’t talk about that kind of thing in high school, so she didn’t come out to anyone other than her closest friends, as I’m sure was the case with other gay high schoolers at the time.  My friend attempted suicide too, a couple of times, although she didn’t succeed.  She did end up with an addiction to alcohol, however, and her life spiralled downward after that.

I told a story in this blog once about a security guard that I had a mad crush on, who turned out to be gay and eventually died of AIDS.  They used to say that one day everyone would know someone who died of AIDS, which turned out to be true for me.  These days, however, AIDS is no longer an absolute death sentence, thank goodness.  There are fewer and fewer names being etched on to that memorial in Stanley Park that I was describing in the post linked above.  It’s almost like nearing the end of a battle. But there still exist a war.

A part of me would like to think that things have improved and attitudes have changed since my Uncle Roy died, but of course societal change happens excruciatingly slow, especially with my generation and older.  So maybe it shouldn’t surprise me to hear that same-sex marriages finally became legal in the UK a couple of weeks ago. I didn’t realize it WASN’T legal there! It horrified me to hear the stories about the anti-gay bill in Uganda which not only makes it illegal to be gay, but they can actually impose the death penalty.  And who can forget just before the Winter Olympics earlier this year when the Russian anti-gay bill was announced;  another sign that ignorance rules. Honest to pete, can we get over it now? 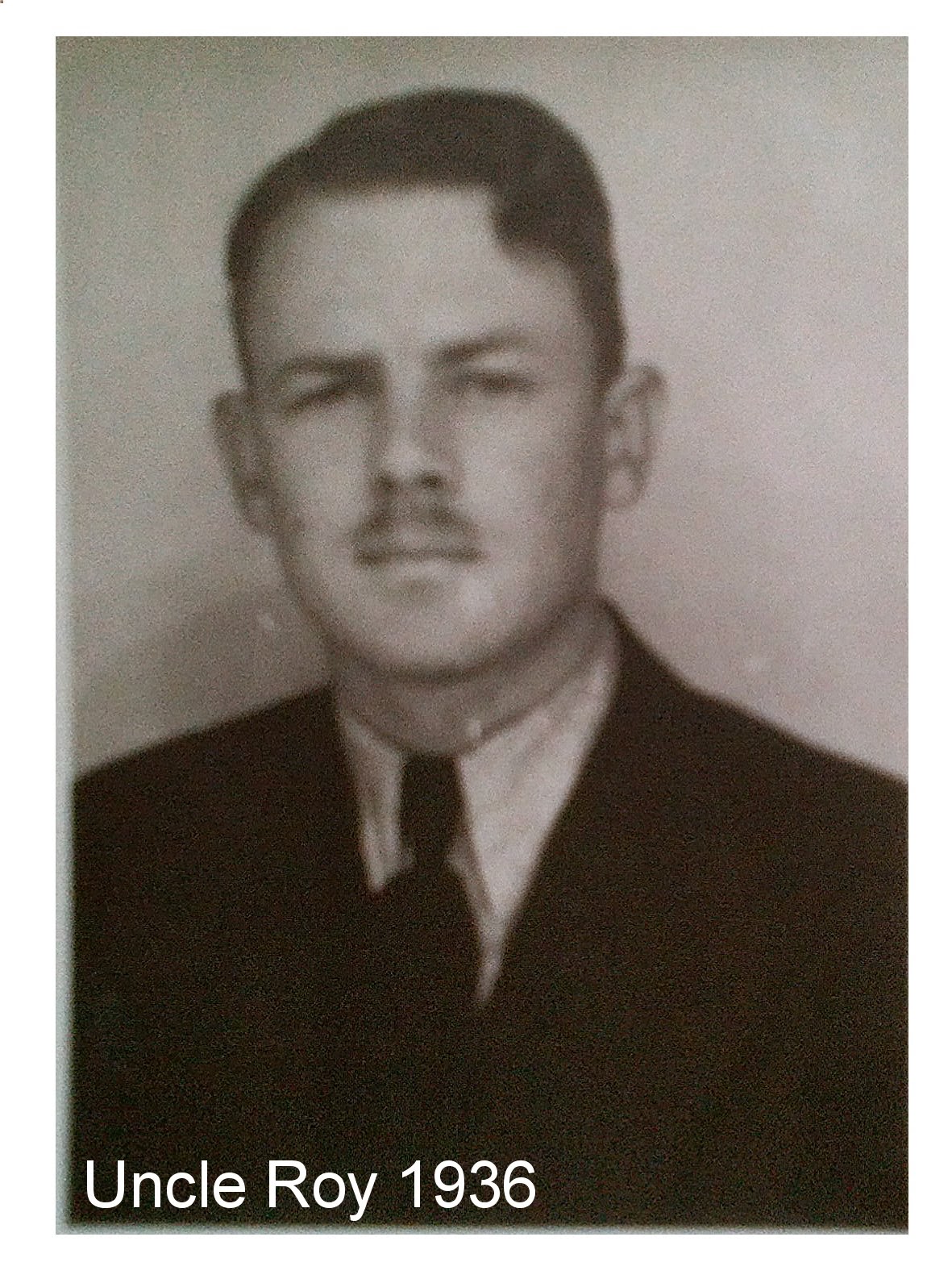 I suppose I should give credit where it is due;  at least the UK DID change their laws, as some states are doing in the U.S.  And the Pope SEEMS to be less worried about homosexuality than his predecessors.  Not that I’m Catholic and have much to do with the Pope, but it’s something.  But I believe that it’s my kids’ generation and younger who are the ones who are really going to change attitudes.  The local high school that my daughters attended had, according to them, lots of openly gay couples and no obvious problems because of it.  I’m sure there were those who didn’t like it, but that seemed to be the exception rather than the rule.  It just wasn’t a big deal.  And that’s what needs to happen.

It has to stop being such a big deal.

As frustrated as I am with how slow progress is, I do wish my Uncle Roy could have experienced the changes that have taken place so far.  And I especially would have loved to have met him.