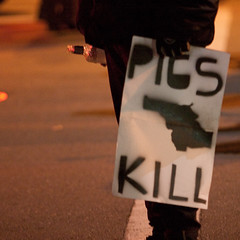 Let us not speak of tolerance.
This negative word implies grudging concessions by smug consciences.
Rather, let us speak of mutual understanding and mutual respect.
Father Dominique Pire

I hear the word “tolerance” bandied about quite often, and the above quote puts my feelings about it in a nutshell.  Tolerance implies that we are simply putting up with something or someone, and what is the good in that, really?  A lot of people use the word in a sort of glorified manner;  “practice tolerance”, “encouraging tolerance”.  And every time I hear it used that way, it seems somewhat holier-than-thou to me.  What does practicing tolerance mean anyway?  “Here I am, putting up with your stupid behaviour because I’m a tolerant person.”  Yeah, so?

When I wrote an earlier blog on compassion I had no trouble sitting down and coming up with thoughts and scenarios about it.  The word tolerance came up a few times in the last couple of weeks, which made me think that I should write about it also.  But when I first sat down to do so, I hit a wall because I don’t think it’s a very good or descriptive word.  In the above quote, Father Pire attempts to pare it down to “mutual understanding and mutual respect”.  Even though I agree with that sentiment, there has to be something better than that to describe what the “t” word falls short of doing.

Occasionally my guitar students describe me as a very patient teacher.  Patience is defined in Dictionary.com as:

1. the quality of being patient, as the bearing of provocation, annoyance, misfortune, or pain, without complaint, loss of temper, irritation, or the like.
2. an ability or willingness to suppress restlessness or annoyance when confronted with delay: to have patience with a slow learner.

The thing is that I don’t FEEL impatient or annoyed with them;  I am not suppressing restlessness in any way.  Which makes me think that these are the things they are actually feeling themselves!  It doesn’t bother me at all how long it takes, or how many mistakes are made, but it probably bothers them.  So am I patient, or not?

To have tolerance or patience seems to mean  a feeling of intolerance or impatience initially, and simply not expressing it.  In other words, there are members of my family with whom I am extremely tolerant of and patient :-).So it appears that the whole purpose is to not come to the point of those negative feelings in the first place…or, if you do, to nip them in the bud right away.  This, to me, is a much more interesting subject, and probably means making a lot more effort!  How do we not feel these things?  And what do we call it when we don’t?

If I can venture into Buddhist thought for a moment, Buddhists say that much of what causes our psychological and emotional ailments is our sense of “self”.  When we see ourselves as separate from everything and everyone else, not only do we suffer with expectation, disappointment and a sense of entitlement, as discussed in my earlier blog on Compassion, but we often have difficulty understanding and accepting others, simply because they are “different”.   We become prejudiced and judgmental, and yes, intolerant and impatient to boot!

It’s amazing what self-examination brings to surface.  And often, just standing back and observing your own thoughts, especially in a situation that proves challenging, will actually dissipate the negative stuff to some degree, if not entirely.  However, many people are dealing with something else too…fear.  And fear is a very powerful pill.  When we don’t understand something or someone, our fears can rise up and completely overtake us, leading us to all kinds of negative feelings and behaviour.  So we put up our dukes.  Religious and racial intolerance have lead to wars since the beginning of humankind.  And not only don’t we understand others, we also want them to be like us.  What an added complication!

I think we started to get it right in the 60’s (yeah, I know, you probably think I’m somehow still stuck there :-)), when peace and love were the words of the day and we began to fight against racism and injustice and to protest wars.   I remember watching news footage of all of these events on our little black and white TV, and feeling a tangible sense of good things to come, even though I was just a kid and didn’t really know any better.  My parents kind of scoffed at the long hair and wild clothes, showing their own intolerance I suppose, but in their own hearts they were also anti-war and against racism.

There are still individuals and groups out there who are trying to change the world in a good way, but it’s not foremost in kids’ minds anymore, and we older folks have become rather complacent since we sent our last tie-dyed t-shirt to the Sally Ann.  How much has the world really changed?  These days there seems to be more religious and racial intolerance than ever;  more recently we see factions of both Muslim and Christian groups ready to kill each other at a moment’s notice, and even though there is now a black president in the US, you can Google Michelle Obama and find horrible caricatures of her as a half-monkey on the internet.   And we humans always seem to find something (or someone) new to hate.

As much as we’d like to finger point, the truth of it is that we each have some of those tendencies inside.  As an example, I remember walking down a street close to my home a couple of years back and a small group of black males walking towards me.  They wore their pants below their butts and had splashy hoodies on, with the hood on top of their skewed baseball caps, and they pretty much looked like they could easily have just scored some drugs on another street corner somewhere.  I’m ashamed to say that I felt fear.  I was walking with someone else at the time and we talked about it after we had passed them.  I don’t think the conclusion I jumped to, that these were people I should fear, even came as complete sentence in my mind.  It was a very automatic, almost instinctual response, which leads me to think that there is something biological or “programmed” going on too.  But that’s no excuse.  I have a brain, and not only do I have a brain, I have one that can reason and distinguish and understand all kinds of things if I take the time to do so.

I am a person who examines myself and my thoughts often enough because it is my nature to do so.  I certainly can’t expect people who don’t know how to look at themselves that way to get past their own intolerance any time soon.

So what is a word that describes tolerance, but without the intolerance to begin with?  Maybe the reason I can’t find one is that it doesn’t exist.  Yet.