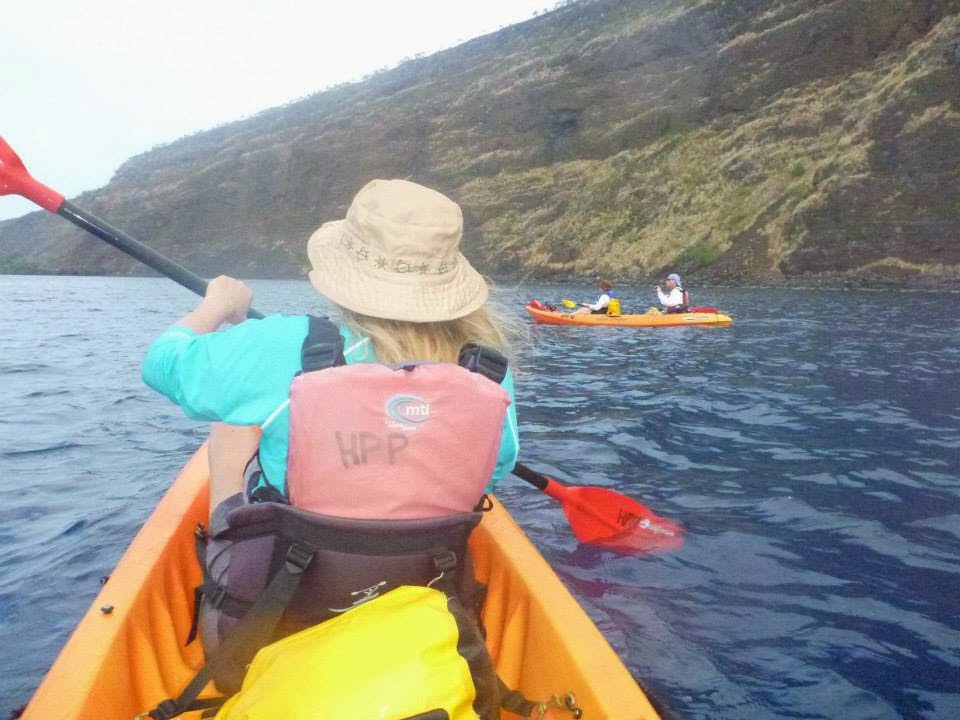 Once upon a time, many years ago when my daughters were small, my husband and I decided to surprise them with a little canoe excursion on a local lake. We thought it would be great fun for them, even though my husband had never been in a canoe, and I had only limited experience using one.

We kept what we were doing a secret until we reached the lake.  Our daughters were both very excited as we rented the canoes and fastened life jackets to all of us.  My husband went with our youngest daughter and I took the older one and we set off in our canoes on the lake on a rather blustery day.

The first sign that we were going to have a problem was when I realized we were simply heading to the middle of the lake instead of sticking close to shore where it was safer for us beginners.  I tried to yell to my husband, but he didn’t hear me because he was too far away and the wind was definitely impeding us.

The second sign was when my husband’s canoe actually started to take on water.  The canoe was low in the rear and the waves from the lake were slopping over the side into the canoe one after the other.  I yelled over to him again, but he still didn’t hear me and I could see it was getting worse.  I had been trying to steer our canoe back to the shore, but decided that I had to turn around to try to get to him before their canoe sank.

That’s when I made a fatal error.  You don’t stand up in a canoe.

You can see where this story ends.  We all ended up in the middle of the lake, hanging onto our canoes and trying to swim them back.  One of the guys from the rental place finally saw us and rowed out in a different type of boat to pick the girls up and take them safely to shore. My husband and I slowly swam in, hauling the canoes with us.  The drive home was soaking wet and utterly silent.

When we got home, it was the first and last time I ever saw my husband take a sip of alcohol.

Our daughters have long ago forgiven us;  they have both canoed or kayaked since, and now we pretty much laugh about it, especially when we go by that lake.

But.  When my husband signed the two of us up for a kayaking/snorkelling adventure on our recent trip to the Big Island of Hawaii, you could understand my trepidation.  I had not been in a boat any smaller than a BC Ferry since that disastrous day in the canoes.

The impetus for our adventure was that our old high school friends, who were going to be on the island the same time as us, had already booked the excursion, and we didn’t want to be left out.  We were nervous, but ready to try again that early morning when we all congregated at the store front where the tour was booked.  I have snorkelled before, so I wasn’t too worried about that aspect.  It was the damn kayaking part.

At the end of the little talk that was given by the business operator, all about the coral and species of fish we might encounter, we were directed over to the kayaks where two cute 20-something guides, twins Kai and Po, showed us how to handle the oars and sit in the two-person kayaks properly.  They told us that the males would sit in the back, the females in front.  Next, we were instructed how to paddle in unison, and that the rear person would do the steering.  They informed us that we would kayak across the large bay to the Captain Cook Monument, and then snorkel around the waters in front of it.  That’s when I first realized that we were going to jump directly IN the water FROM the kayaks.  And even more alarmingly, we were going to “jump” BACK IN the kayaks FROM the ocean when we were finished our snorkel.  One of our friends kept retorting “Yeah, I’m swimming back.  All the way.”

When we got to the small rocky beach that we were going to launch our kayaks from, anxiety was certainly high.  The first and second couple took off without incident, so my husband and I figured if they could do it, so could we.  Kai and Po held on to either end of our kayak and we managed to get in without too much embarrassment, and off we were.

Keeping the kayak moving in a straight line became an immediate issue.  I kept arguing back to my husband that he was supposed to follow my lead and paddle exactly at the same time, on the same side as me.  “You’re not really a follower, are you?”  I yelled sarcastically.  Later in the day, he swore that the reason we kept going to the right was because I was weaker in one arm.  The argument continues to this day.

We paddled and paddled in our somewhat ineffective manner to try and keep up with everyone else.  There was a bit of a headwind so paddling was a lot of work, but the kayaks definitely felt more stable than those canoes we remembered.  Kai and Po, who were together in another kayak, would occasionally stop and explain something about the geography or the history of the island.  Thank goodness they did, because our arms were definitely feeling the workout.  Part way through our trip, we came across spinner dolphins, who get their name from their trick of jumping straight up, out of the water and spinning in circles before toppling back in.  It was amazing to be with and watch them.

After about an hour of kayaking on and off, we reached our destination across the bay;  Captain Cook’s Monument.  This was erected after Captain Cook was pretty much slaughtered by the Hawaiians, who at first thought he was a god, and then found out he was not.  The small area that the monument is situated on is actually still considered British territory.  The reason that we couldn’t tie the kayaks to the shore was that it became illegal to do so, likely because the tying and the tromping around by humans was causing permanent damage to the monument.  I did see a lot of people walking around the monument anyway;  some of them were on hikes and were allowed to walk there.  Others were simply unaware of the legalities I suppose.

We fumbled around the kayak, trying to put on our snorkelling gear, and one by one, all of us tumbled into the water.  Okay, not so bad.

The snorkelling was spectacular;  so many different fish of every shape and size, type and colour, the coral, even eels and, thankfully, no sharks.  We were told there might be a couple, but they never showed up.  We spent another hour snorkelling with one of our guides showing us all species of fish, naming them and explaining their peculiarities.  It was perfect.

Two of our friends at some point, had had enough and made their way back to the kayaks, which were all tied together and floating some distance from where we were. The other guide (I never did get to know which was Kai and which was Po) was keeping them all together.  I didn’t notice that my friends had gone back, but eventually my husband and I decided that we would return too, so we started swimming towards the kayak collective.

When we arrived, my husband tried first to get in our kayak.  And tried.  And tried.  The two ladies who had already gotten in their kayaks, kept quiet.  (Come to think of it, they never mentioned how getting back in had worked out for them).  As my husband finally, awkwardly tumbled back in, I took a big breath, knowing it was my turn.  I mistakenly figured it would be easier for me, a smaller, lighter person.  Nope. Kai (or was it Po?) showed me how to simply haul my whole body up, and land stomach first across the kayak.  Nope.

One of my friends offered to grab my hand and pull.  I tried.  Nope.

I took my lifejacket off, hoping a little less weight and resistance would help.

Finally, on one of my attempts, Po (or was it Kai?), pushed me up by my ass out of the water, and I flopped into the kayak face first, laughing hysterically.  When one is totally embarrassed and humiliated, ALWAYS laugh hysterically.  It distracts people from your shame.

The kayak back to the little bay where we launched from was quite a bit rougher because the winds had kicked up, but we managed okay. To tell you the truth, though, this time I hardly heard what Kai and Po were saying because my desperate paddling and panting pretty much overrode the sound of their voices.  We finally came close to the shore, and Kai and Po went ahead of us, instructing us to come in one kayak at a time so they could help us out.  Our kayak was first.

At this point, the waves were quite high, but they were behind us so we sailed in to shore quite quickly and with little effort.  Then we had to manoeuvre the kayaks sideways as we hit the shore, so that the boys could hold it steady as we disembarked.  One big wave hit, and then another as one of the boys grabbed my arm.  Safely on shore I looked back to see that my husband had actually been knocked out of the kayak by one of the waves, into the water.

It was a limb we might not have otherwise put ourselves out onto, but we both figured that we’d definitely do something like that again.  The picture above is one my husband took of me as we headed out at the beginning of our adventure.  It occurred to me later when I saw the evidence, that my camera-happy husband was probably taking pictures for much of our paddling, and that’s why we weren’t getting anywhere very fast.  Thankfully, no footage of the humiliating belly flop into the kayak exists. Or I’d have pummelled him.