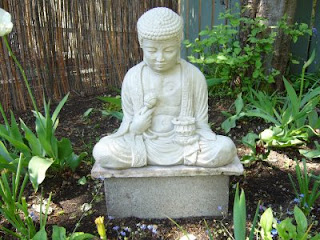 I was about 20 years old and living on my own in the West End in Vancouver, BC. One night, while returning home from a movie with a friend, we decided to take a short cut and walk down a quieter street. As we laughed and sauntered along, a group of guys were coming up the hill toward us. I wasn’t paying much attention, but as they passed by us I felt a powerful yank, almost pulling my arm off. It took me a second to realize what had happened.

It’s funny how the mind works…my first thought was that someone had accidently bumped into me pretty hard. But my purse was gone, and these guys were running up the hill with it.

I don’t know how long I stood there, but it seemed only a second before the first surges of rage began coursing through my veins, and against my friend’s wishes I started tearing up the hill after the smarmy thieves.

I was mad. Really mad.

It was a long hill and I was getting pretty winded, but after a couple of minutes and without looking back, the thieving punks actually slowed down and started walking, assuming they had accomplished their mission without incident. One of them must have heard me huffing and puffing up the hill, and turned around to see me on my angry charge. And what did they do? They started running again. Cowards!

Before I knew it, they had disappeared around a corner and by the time I reached it, they were gone. I didn’t know what to do with the adrenaline in my system so I started crying as my friend finally caught up to me. Eventually, I got back to my apartment (luckily, I had kept my keys in my pocket) and I called the police.

I never did get the purse back, but I changed my walking habits and bought a smaller purse that I could keep under my coat where no one could grab it.

The interesting thing that occurred to me after the fact was that when I was running up that hill, I had no idea what I would have done had I caught up to them. In fact, they might have beaten the crap out of me, or worse. All I could think about was how mad I felt, violated really, and how I was going to teach them a lesson or two!

That’s how stupid anger can make you.

There have been other, less dramatic, incidents in my life when anger took over and stupidity set in. I once ran out of the house and stomped down a dark street near my home after a guy who had thrown an egg at my daughter’s bedroom window. I stomped really loudly so he could hear me coming after him. What exactly that accomplished, I don’t know! But he started walking faster and then finally disappeared into the night and somehow I felt a sense of triumph.

I’m 5’4″ on a good day. If you met me, you’d think of me as a pretty friendly, smiling, easy-going person, but I’ve always had a bit of a temper. I never scared my daughters much when they were smaller…as soon as I’d get mad, they’d start giggling. I guess I look pretty silly when I’m mad. But I’ve seen and felt the effects of anger from others and I know it’s a serious business.

Rage makes you dumb, it makes you say and do dumb things and it rarely accomplishes what you want it to. Rage is about getting or maintaining power. But there is no such thing as power over someone else, not really. Anger is something we try to use as a weapon, but which ends up hurting only ourselves. We want to “teach a lesson”, but anger only teaches others to be angry and nobody really learns anything.

Road rage is becoming more common. There’s a sense of anonymity when you’re behind the wheel, so you yell and drive more aggressively because you really don’t fear the guy in the other car. That’s stupid too. Anonymous postings on the internet have become a way for people to spew their ignorant rage. You can be anybody or nobody and say anything you want because you’re not really looking at anyone in the face…it’s a completely self-absorbed action, when you think of it.

Sometimes you hear of people being made to take anger management courses when they are unable to control their rages and get into some real trouble. Though the term “anger management” seems like an oxymoron to me, these sessions seem to help some people.

The truth of it is that we’re going to feel angry sometimes.

In my observations there are two kinds of angry…the quick, reactionary kind, and the slow, brooding kind. In my case, since I have a quick temper, I’ve learned to give myself a beat or a breath before I do anything. That one second of hesitation is usually enough for me not to over-react to something that’s usually just petty anyway. I know there are a lot of people who don’t think they have that second, but it’s there, and it can save you a lot of heartache if you use it. I don’t always succeed, but most of the time I do.

After that moment passes, I pay attention to what is going through my mind. A lot of the time, I’m case building. “He always does that, why doesn’t she just…why only last week, they…”. That kind of silly stuff. If I’m not paying attention, that second of hesitation will turn into a brooding session, so I have to go that one step further and watch my mind go through it’s drama thing. As I’m watching it, the anger subsides because I’m not IN it. Does that make sense? And then it passes…which is what anger is meant to do.

Then there’s the fuming anger…the kind that’s triggered by one incident, but is fueled by days, weeks, and maybe even years of emotional affliction behind it. I know two people especially who experience this kind of anger on a continual basis. Both hold it in and brood for a very long time, but eventually it all comes out in one disproportionately large explosion.

The solution to this kind of anger is very similar…you have to watch your mind, step outside yourself and carefully defuse the bomb. But in the case of a brooder, they have to backtrack over a long time and dismantle their artillery, not and quick and easy thing to do. But neither is it impossible.

I can’t say that if I was walking down a street today and somebody grabbed my purse, that I wouldn’t go charging after them again. But as I was charging, that little thought would probably come up this time: what happens when I catch them? And that would likely stop me in my tracks.

Plus the fact that I’m 52 and I can’t run like that anymore. Crap. Those suckers are going to get away!!

Anyone can become angry. That is easy. But to be angry with the right person, to the right degree, at the right time, for the right purpose and in the right way – that is not easy. ~ Aristotle (384-322 BC) – Greek philosopher
If you are patient in one moment of anger, you will escape a hundred days of sorrow. ~ Chinese Proverb

Holding on to anger is like grasping a hot coal with the intent of throwing it at someone else; you are the one who gets burned. ~ Buddha