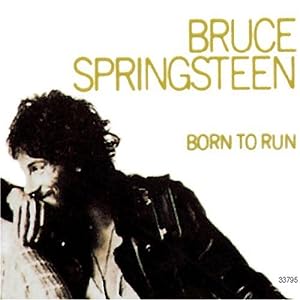 Cover of Born to Run

This was a question posed to our newsgroup recently…some questions just get me thinking about the process or the motivation behind writing. I’ll tell you my story if you’ll tell me yours!…

Songwriting seemed to be a merging of two elements for me as a kid…the love of music and the desire to express something. I don’t think I made some conscious decision to be a “songwriter“, but it came quite naturally over a period of time. What it evolved into was a very conscious and thoughtful process of evaluating the events and the emotions of my life, always with an awareness of being able to effectively communicate them to someone else. Aren’t there times when we all have the desire to tell people how we feel? Don’t we all want to be listened to…REALLY listened to?

But there’s more to it than that for me. I’d say that over the many years I’ve been writing, I have “given it up” seriously maybe a half a dozen times. And what I’ve discovered is that I can’t NOT write…it is, as Mary Chapin Carpenter has expressed, the only way for me to make sense of the world around me. And if I don’t have that, then life becomes chaotic again…non-sensical, and difficult to deal with. Writing, for me, is as second nature as all of the basics.

I’ve recently had a serious personal upheaval that has built up over a couple of years…through every stage of it, I have had my writing, and when I look back at the many events I have experienced, both positive and negative, my writing has had an integral part in my ability to understand it. I’ve never had a therapist, even though I’ve had to face addictions and depression. Part of that, I think, is because songwriting becomes my therapist.

This all sounds like a self-centred meandering…but I’ve noticed something else more recently. I have a very accute desire to “entertain”, and many of my songs have taken on that aspect in the last few years, either through humour or “personality”. But songwriting is like that…if you stick with it long enough, it evolves in many ways. Of course, I’m also a performer, so I have this great advantage of being able to act out the song with my face and body…and sometimes I forget where I end and the song begins.

There was a time when I was much younger (!), when I had the idea in my head that unless a songwriter was just expressing a “pure” state of mind, it wasn’t sincere. I never question anyone’s reason for songwriting now, because I know that it comes from many places. There is no need in judging another songwriter’s motives…I wish them success no matter what those motives are. I would like to know what yours are…why do you write? What is your ultimate goal when it comes to your songwriting?

Here’s what Michael Barrett had to say:

“I just thought I’d give a little insight into why I started off songwriting. When I was about 6 (I’m 16 now), a little rhyme came into my head. The rhyme is very daft and I’m not going to print it here unless someone asks me to. Anyway, I forgot about it and pushed writing out of my head. Until I was 12, when I found an old Bruce Springsteen CD of my fathers. At first I only listened to track 1 (Born To Run), but then widened my knowledge by playing the whole CD, and eventuall became a big fan. I also started listening to Bob Dylan, Bob Seger-all the ‘oldies’ as they call them. One day I turned on the radio and it was tuned to Longwave 252-people in England may recognise it as the popular music station. They were playing dance music. I thought ‘eww'(never really liked that hip-hop stuff) and tuned it to BBC Radio 2 (because there was a Bruce Springsteen interview on).

“Eventually I heard a song by a band called Stardust, called ‘Music Sound Better With You’. As soon as the first few bars had been done, I knew I didn’t like it. But I kept on listening to the end. I thought ‘gee I bet that song doesn’t do well’. Then I discovered that it was on almost EVERY dance album. I mean, the song was so dead-the ryhtm had no alterations for chorus or bridge (because there was none), the only lyrics were ‘hey baby music sounds better with you’, I could carry on all night…..Sure there are quite a few good bands out there but this one song REALLY got on my nerves-I’ve even been known to leave shops and cafes when it comes on- so I decided to do something about it and immerse myself in rock, blues, folk. Then I started writing poetry, I can remember the first one I wrote was about Rememberence Day, still got it lying around somewhere. Then I picked up my first guitar and immediately fell in love with it. I began finding things out about myself through the passion I could evoke by certain chords, strumming patterns, slow or fast tempos, soft or hard strums. Soon I found myself thinking ‘wouldn’t it be good if I could bind poetry and music’, and I did-my first song was devoid of chorus, bridge, just 6 lines per verse, and a pretty simple chord pattern-as first songs usually are, this was just my way to cut my teeth in the methods. I found myself thinking deeper and deeper, writing for other people, and mostly myself (the reason why most of my songs are about love and rejection). I was hooked, felt as if I was delving into what I really am and finally actually enjoying the fellings I have, whether negative or positive.

“So going back to your main question, why did I start songwriting? Many reasons:

But I believe that my main reason, and maybe many other’s reason, is TO DISCOVER YOUR TRUE SELF.”

So what’s your motive, what made you begin this wonderful craft? If you’d like to express yourself about it, why not try my songwriting messageboard, sign up and participate!