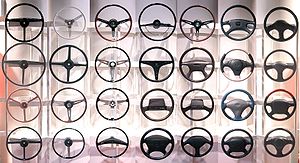 I was in my early 20’s when I finally got my driver’s license…a little older than most of my friends who drove. My impetus was that I had a boyfriend who lived in another city, and I was tired of taking the bus. So I bought a used silver VW Rabbit, took some driving lessons, failed my first test and then finally passed. I was very proud of myself.

I had heard of some mysterious procedure called a tune-up that had to be performed on the car on a regular basis. A couple of months after I bought the car, I decided that I should perhaps get one of these, and so I started looking through the yellow pages for a shop that dealt with VW‘s. I found an autobahn and made an appointment.

When I picked the newly tuned car up after work, it all seemed very simple, and the mechanic said the car was now in good working order. I was so pleased at having gotten through my first tune-up with flying colours that I took it for a little drive. It was downtown Vancouver, right in the middle of rush hour, but I was having fun. On a street with a slight hill, I hit a red light, and then realized my seat was back further than I wanted it to be. So I decided to adjust it.

At the red light.

Thank goodness I had my hands firmly on the wheel…the seat fired backwards before I could even think, and it was only my grip on the wheel that kept me from completely losing control. I’m a short person, and I could barely keep my foot on the brake, the light was still red but about to change. I used every muscle I could muster and gradually dragged myself and the seat closer to the front, yanking the steering wheel pretty hard. Phew! Just as the light changed, I hooked my seat into place. This little incident threw me somewhat, so I decided to head home. Someone honked at me lightly as I was making a right turn. I looked in my rearview mirror, but couldn’t figure out who it was. A couple of streets later on another turn, I heard the mysterious honk again.

As I drove into the spiralling underground parking lot of my apartment block, I realized that it was ME honking… everytime I turned right, the horn would blow! I had to spiral right all the way down the underground parking lot…and now I was furious!! Who were these “autobahn experts” who wrecked my car??!!??!!

I got to my apartment and phoned them immediately. “My car horn honks every time I turn right…what did you do to it?” “Ma’am, we only work on the engine when we do a tune-up.” “But this has just begun to happen, and I think YOU are responsible!!” “Okay, okay, bring it in and we’ll take a look at it.”

The real job was planning a route back to the autobahn without turning right…I managed to accomplish that until the very last turn, right into the parking lot of the autobahn. And then, just as I turned, someone pulled in front of me, and I was stuck with my steering wheel in a right turn and the horn started one long, loud, blast. I tried desperately to turn the wheel so I could get it to stop. Suddenly there were employees and customers running out of the building trying to figure out who that bitch in the car was, honking her horn like that…a bus full of people drove by, and everyone was peering out the window at the commotion.

The other car finally moved so I could straighten out my wheel. I must have been the colour of Santa’s suit by the time I got out of the car and stomped over to the mechanic. When he looked at my steering column, he said “It looks like your steering wheel was yanked really hard, the wires for the horn have come loose.”