As the late comedian George Carlin once said “A house is just a pile of stuff with a cover on it.” I was thinking about that awhile back on one of my daily walks, when I came across a whole lot of “stuff” spread out on someone’s front lawn and across the boulevard. There were old tools and pieces of metal and wood, boxes and other items you might find in a workshop.

The thing is, I saw the same junk out on that lawn almost a week later. I wondered, are they just going to leave it there until someone from the city has to come and clean it up? I know that happens a lot.

On another walk, I found an interesting collection on top of a manhole cover, pictured here. A pair of slip on boots and a wine glass. My imagination ran wild. Someone who had been partying a bit too much? Maybe fell down the manhole? Or was beamed up into a UFO? Of course it was probably just someone trying to get rid of their stuff.

That was confirmed days later when I came across the same spot. The boots were gone, but the wine glass was still there. And added to the collection was a frying pan and some cutlery. Dinner is served.

My husband and I have occasionally put things out on the boulevard with a “free” sign, and usually someone will take it. If it isn’t claimed within a day or so, we put it back inside and find another way to get rid of it.

Many years ago we left an old sofa out on the boulevard and watched through our living room window as a couple of young guys plopped each end of the sofa on their skateboards and rolled it away. Perfect.

Old couches and chairs are probably one of the more common sights on the side of the street. What I don’t get is why someone would leave them out there when it’s raining? I mean, if it wasn’t that appealing to begin with, a stuffed chair that has been left in the rain to rot is even less so.

Actually, in these days of COVID, I wouldn’t take anyone’s old couch anymore. You never know where it’s been.

And then there are the electronics. I’ve seen stereos, tv’s, computers and toaster ovens left out in the rain. If they were in working order once, they’re not anymore. What are people thinking? Well, that’s just it. They’re not.

When I left home at 18 years old, all I had was my bed, a dresser, some clothes and my guitar. Every time I moved after that, I seemed to have more things to pack up. Now I sit in a big house with more things than I’ll ever know what to do with. Not just my stuff, but my family’s old stuff too. I need to feng shui and declutter pretty badly.

In a few years, we will have to downsize and I’m not going to be able to bring everything with me. Neither of my kids wants any of it and I don’t blame them. They want to buy their own stuff. And things like old silverware and china don’t appeal to younger generations. They prefer new things from Ikea.

I have a feeling that the first year or two of my retirement is going to be spent just getting rid of stuff. And in the meantime, I’ve got to train myself to stop buying more stuff.

Except for that new bedroom set. I DO need that. 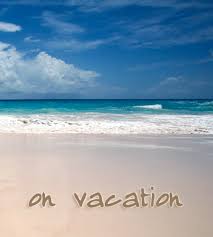 I’m on my second-to-last day of holidays and the itch to write a to do list is driving me nuts.  I was going to wait until Monday, but instead I thought I’d throw out a “not to do” list (see below) just to satisfy my hankering.

My three week’s of vacation has been quiet, which is good.  I got back into meditation, I read a couple of fiction books, which I haven’t done for a very long time, we went for a few days to the mainland and saw family and friends.  We played a little golf, did some “tourist in your home town” kind of things, and we spent a lot of time just sitting in our little backyard haven.  We set up the backyard to be just that; we created a nice garden, built a little patio with some comfortable patio furniture, all to give ourselves a space when the weather is nice to sit and relax.  And it has come together quite beautifully.  So I would say, all in all, it has been a good and restful vacation.

It’s not to say that I’m going to be overwhelmed with students come Monday.  They will trickle back, actually, because many of them are still on vacation themselves, or are planning to start back in September which is a couple of weeks away.  Instead I will be working hard on scoring several television shows, which I very much enjoy doing, although it’s quite time consuming.  I have a website where you can listen to some of those compositions I’ve written over the years…it’s called Moonstone Productions.

But before I get back to work, here are two lists based on my holiday reflections:

7 Things NOT To Do When You’re On Holidays

1. Quit counting down!  Only two weeks left, only one week left…I mean, you’re on holidays, how dumb is that??

3. Stop reading weird things to keep you from being bored.  Like the obituary column in the paper.  You’re not in there yet.

4. Impatience is meant for when you are in a hurry, not on holidays.

5. Avoid mirrors and reflective store windows at all times.  Just in case you’re getting fat.

6. Don’t upload your photos to Facebook until AFTER your vacation.  Yeah, what are the chances of that??

7. Don’t answer the phone when you see it’s from THAT number.  That’ll ruin a holiday state-of-mind quicker than anything.  In fact, turn your phone off altogether.

7 Signs My Holidays Have Had An Effect

1. Driving to my golf game yesterday, I was singing along with my iPod playlist in the car at the top of my lungs.  With the top down.  People could see me.

4. There was an embarrassing amount of empty wine bottles when we took everything into the recycling depot for a refund the other day.

5. I can almost recite the dialogue from every episode of Downton Abbey, I’ve been watching them so much.