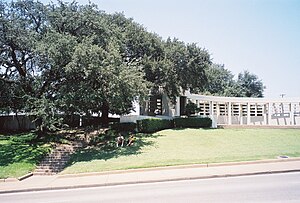 Conspiracy theories probably go back to the beginning as humans first roamed the earth with their knuckles a half-an-inch off the ground. It seems that we have been suspicious of forces at work against us since we were first able to imagine that they could be.

I became aware of the conspiracy phenomenon back in the ’60s when John Kennedy was shot…that whole “grassy knoll” story where people swore there had to be a second shooter and maybe it was the mob or the CIA or Castro that did him in. And every few years, they’d pull out the old, grainy Zapruder Film footage once again and use increasingly sophisticated equipment to listen to the gun shots and watch the poor guy being blasted in the back of the limo, his hands clutching his throat and then his brains being blown out. What an awful thing for his family to have to see time and time again. I hope they didn’t watch.

But people are obsessed with these conspiracy theories and can’t just seem to let them go.

More recently there were dozens of YouTube videos posted after the tragedy of 9/11. One after another had a dark, moody voice-over provoking us with question after question on top of manipulated footage of the plane making a beeline for the towers or the towers collapsing. The planes were apparently “fake” and the government actually blew up the twin towers and all of the other towers too so that they could blame it on terrorists and use it as an excuse to invade Iraq. Well, that’s what the conspiracy theorists say.

There were so many of these videos created by so many people, you started to wonder. A few celebrities even became involved and started to speak out at public gatherings and meetings. What is it with our trust in celebrities? Just because they say something is true, that gives it more legitimacy? Honestly, they are often flakier than the rest of us.

When the Oliver Stone movie JFK came out, people started to wonder yet again whether or not there had been a conspiracy to kill Kennedy, because this was Oliver Stone, for pete’s sake! There were others who came out in support of the 9/11 conspiracy theory, including Charlie Sheen and Rosie O’Donnell.

And even though Dan Brown howled “my book is FICTION!!”, some people insisted on believing that all of the information in his “The Da Vinci Code” novel was fact. You just can’t win.

There is a conspiracy theorist in my back yard. He’s a retired radio jock who runs a local broadcasting and media message board, and every now and then he posts photographs of contrails in the sky over Victoria and insists that they are a conspiracy by the government to secretly make us breathe chemicals for some kind of experiment. Or something like that. Apparently, these are “chem trails” not “contrails”!

Every now and then he posts new pictures of these “chem trails” left behind by larger aircraft as they fly overhead.

At one point, an airline pilot piped up on the message board in response to one of these tirades, trying to explain what contrails actually were, but this conspiracy theorist wasn’t fazed. There is a Wikipedia site that explains the chem trails theory in greater detail than I care to go into.

He has posted other suspicions about global warming and left-wing conspiracies. They’re all out to get us!

And as it turns out, research tells us that those who believe in one conspiracy theory, tend to believe in another, and that it is very much tied to that age-old ‘man’s search for meaning’ idea. It reminds me of a line from the movie “Signs”, where one of the characters says something to the effect “people either see signs or they don’t”. Well, this guy is seeing loads of them.

And there are lots of theories out there to get the over-active imagination juices stirring!

The Apollo Moon Landing Hoax is one where people believe that the moon landing was actually created on a movie set faked by NASA and some other organizations. The Holocaust, of course, is considered by some to be a Jewish conspiracy. And who doesn’t believe in the UFO’s at Area 51? There’s everything from conspiracies about the Vatican Secret Archives to the theory that “Paul is Dead”. Paul McCartney, that is. Oh, and who REALLY shot Kurt Cobain?

Much to my dismay, as I was researching conspiracy theories to write this post, I found that the latest “victim” is Michael Jackson. Well, I guess I wouldn’t have expected any less. The poor guy had enough weirdness going on around him in his life, it’s not entirely surprising that his death would only stir up some more. It’s unfortunate that the whole thing feels so unresolved because that only fuels the conspiracy fire. Hopefully, for everyone’s sake, when the results of his toxicology come out it will answer some questions.

But I think that as long as human beings have over-active imaginations, they’ll find another incident or persona to create a mystery around. In fact, I think I’m starting to see chem trails over that grassy knoll shot above…do you see them? Look at it long enough and you will 🙂