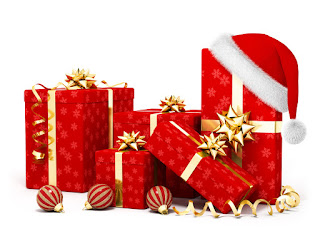 I have a guitar student for whom the madness begins sometime in September. She has to start ordering stock for her small retail business then, in preparation for Christmas. For her, as for many small businesses, Christmas is a make or break deal. I haven’t seen her since November 🙂

It seems that ever since I can remember, people have been railing about the “commercialisation” of Christmas. How awful it is that we focus so much on gifts, and not as much on being together. I’ve even gone off the rails a bit myself when seeing Christmas decorations in Costco in August. I mean, come on. Are people really thinking about the yuletide when the ocean tide is still calling? Maybe in Hawaii!

The fact is, however, that I don’t see the harm in gift giving at all. If you choose not to, then by all means, keep it that way. But don’t try and guilt trip the rest of us! I like giving presents and watching someone eyes light up at what I’ve given them. I like receiving something that I love, or something that makes me laugh.

Writers and producers can be so creative, and know how to hit the soft spots. Sure, it’s their job to sell a product or a service. But I can certainly appreciate a commercial that has been really well executed, especially the ones that tug at my heart strings. I’m not going to automatically turn into a zombie and mindlessly buy a product I don’t want or need because of them. Are you?

Yes, we are a materialistic society. We have been since Coca Cola came up with the image for the Santa we all know and love today. That was in 1931, by the way, right around the beginning of the Great Depression, oddly enough.

We like things.  We enjoy giving things. It doesn’t make us monsters.  Most consumers like myself also know that Christmas isn’t just about things, but we often get blamed for over-indulging or spending too much. I think we need to come out of the shadows, we Gift Givers and fight the Guilt Givers. You’ll see them show up in your Facebook news feed over the next while posting articles with titles like “Christmas Has Become Too Commercial” or “We’ve Lost The True Meaning of Christmas”. As if the spirit of Christmas could actually be obliterated by the sound of cash registers. It can’t really. But a lot of people think it can. The Guilt Givers have actually been trying to convince us of this for years. Still, I haven’t seen any evidence that Christmas and the true meaning of it has died yet.

In fact, see a lot of great things at this time of year: people organising fundraisers, special meals, donating to charities and buying gifts for people they don’t even know. At a fundraiser that I volunteer for every year, I see people donating clothes, toys and money with big smiles on their faces. I see people politely letting someone in ahead of them in lines, and then I see it happen again. Sure, there are frustrations when everyone and everything gets so busy. But there is a positive energy to this busy-ness.

So here’s what you do if you meet a Gift Guilter who throws your materialism in your face. You ask them if they’ve ever received a Christmas gift that they’ll never forget. Because I can almost guarantee you, they’ll remember one. Even if they don’t tell you.