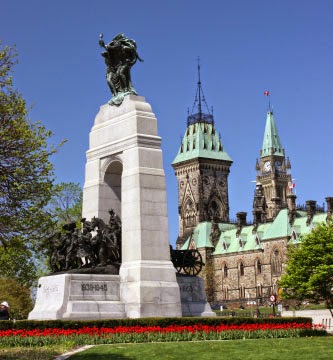 Many years ago a friend of mine told me that she believed that 99% of the population of the world is stupid.  I laughed at the time because she always had the flair for the dramatic and I thought that was pretty much over the top. Years later, I think I better understood what she was trying to say then. Ignorance is a dangerous thing, even if it’s only 25% of the population.  The other 75% have to be vigilant enough not to be drawn in by the scaremongering of a few.  Otherwise, it really could turn us all stupid.

“There’s been a shooting on Parliament Hill.”  I was up really early on Wednesday morning, as I have been all week, and had the morning news on the television in my downstairs office.  There wasn’t much more information at the time, so I switched over to CBC News Network.

Sure enough, they were carrying everything live and some of their parliamentary reporters were actually in the middle of the mayhem as it was happening.  The next few hours were a tangle of live hits from whoever could report with more and more bits of information very slowly coming to light. But there were mostly questions.  How many shooters were there, what was going on in the halls of the parliament buildings?  We knew that one fine, young man, Cpl. Nathan Cirillo, standing unarmed and guarding the National War Memorial, had been shot and taken to hospital where he later died. But was there anyone else?  And who could do such a thing?

The Canadian media did their best to resist temptation to call it a “terrorist” act.  But the American media, CNN especially were all over it, claiming before anyone else that the shooter was a terrorist with “known ties” to terrorist organizations.  I read that myself on their website. There was no such evidence of any ties as it turned out, but CNN said it so it must be true, right?

I mostly sat there, stunned throughout the first hour or two, unable to believe that this was actually happening in our country.  Not that I’m naive…I know there are a lot of crazies everywhere in the world, including Canada.  But never in our generation’s lifetime have we seen someone actually run in the front doors of our parliament and start shooting.

In the dictionary, the word “terrorism” is defined as: the use of violence and intimidation in the pursuit of political aims.  As time went on we all came to learn that the lone shooter, although he had converted to Islam seven years earlier, had no political aims.  He had a drug problem.  He had even been thrown out of a couple of mosques he had tried to join because he was on drugs and made everyone uncomfortable.  The guy was a petty criminal and unstable.  So was he a terrorist?  Some people, the ones who want more jails and tougher immigration laws and a whole slew of other legal changes, will call him a terrorist because the word frightens the public.  It’s in their best interest to use the most extreme language in order to prove their point that the whole world is going to hell in a handbasket and we’d better get ready for it.

There will always be the ignoramuses, the haters who are so stupid that they don’t even realize that hate makes things worse, not better. A couple of days after the parliament shooting, in Cold Lake, Alberta a mosque was smeared with spray-painted anti-Muslim slurs, likely the work of one or two idiots. But a whole slew of locals came out to help clean it and to post their own positive and inclusive signs.  That’s the Canada I know and love.

Some pundits and bloggers say that after this event, we will be changed.  Others say we shouldn’t let it change us.  I think we should make it harder for someone to run into the parliament buildings with a gun, that’s for sure.  But what we should never do is let that 25% convince us to come over to their stupid side.

The rest of us are smarter than that.  Let’s be sure to stay that way.

IJ
(P.S. those percentages are somewhat arbitrary, so fill in whatever percentage suits you…)