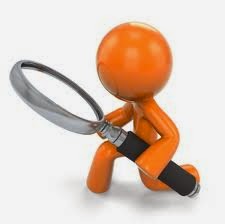 Many years ago when I worked in the Sociology Department of the Vancouver Public Library, I came across a book called “Man’s Search For Meaning”.  I never read it, never even took it off the shelf to get a sense what it was about.  It was just the title that stood out for me.  The idea of our search for meaning.

Not that long ago, I remembered the title and looked the book up online.  I was disappointed in some respects to discover that it was about Viktor Frankle’s experience in Auschwitz. Not that there’s anything wrong with that but I had always assumed that the book was a much more general study on the perpetual hunt for meaning and sense in this life.  The reason I looked it up again was because of my own search for meaning over the years, and the recognition that this is a part of our humanness; to find meaning in our daily lives and purpose in our existence.  I wanted to know more about where that search comes from and why it is and I was hoping the book might give me a starting point.  The book is still amazing and offers great insight and wonderful thoughts about the meaning of life, don’t get me wrong.  It just wasn’t what I thought it would be.

When you are without a religious framework to explain your life on this earth, as I am, you are left wondering if your existence is anything more than just a random fluke.  And perhaps it is.  But that is a very unsatisfying conclusion to come to.  Human beings have evolved a consciousness awareness that no other creature on this earth has.  My cat doesn’t wonder why she’s here and what the purpose of her life is.  She simply lives it.  Oddly enough, sometimes I envy her.  So this past week when a member of my extended family passed away, it brought back those age-old questions;  why are we here?  What are we doing here?  Are we just born, live our lives and then die?  And even more importantly, what is the point of my being aware of all of this in the first place?

For years I would say to myself that everything has meaning, that every life has a purpose and we’re here for a reason.  And I believed it whole-heartedly.  I also believed in some kind of higher power, God, if you like, even though I didn’t belong to any particular church or religion.  So even though I didn’t have the answers to the big questions, I was satisfied that I didn’t have to.  But when I had a major paradigm shift in my beliefs back in 2000, that context was suddenly gone.  Once I caught my father hiding the Easter eggs in the back yard, I couldn’t believe in the Easter Bunny any more either.

For awhile I missed it.  The phrases that automatically came to mind like “there’s a reason that happened” suddenly didn’t fit my new model.  I didn’t even have a model, I wasn’t sure how to put life in context and I was always looking for something to fill that empty void.

I notice that about myself;  my mind is constantly looking for patterns, for connections, for underlying causes.  We all seem to do that.  When I wrote about my recent visit to emergency, I heard from all kinds of people.  Most of them were trying to figure it out for me, trying to possibly explain what might be going on with my heart.  Some of them had similar experiences, or knew someone who had.  And of course, I myself was on the hunt for some kind of explanation, researching symptoms, analysing what had occurred before the incidents.  What is something I ate?  Something I did?  Was it stress?

Biologically speaking, there’s a darn good reason why we are so analytical.  Our lives have literally depended on that since human beings began.  We had to think of new ways to survive, to eat if our source of food was suddenly gone, to protect ourselves from bad weather, to heal our physical wounds.  Either figure it out, or die.  We still experience the effects of “fight or flight” in stressful situations, where our bodies suddenly become acutely attuned to our surroundings, adrenaline kicks in, in case we have to run, blood pressure goes up, digestion slows or stops, among many other physical symptoms.  All so we can save ourselves from a potentially dangerous situation.

Homo sapiens survived because we figured out how to.  But are we only here because we got the combination right?  Yes I think so.  However, I also think it’s up to us to procure purpose or create meaning from this amazing gift we have been given.  The fact that we are here is literally awesome. How these bodies of ours survive, heal and even thrive is astounding.  The idea that we came into being only after eons of shifting, colliding and changing particles blows my mind.  I am the result of billions of years of trial and error.

So I don’t want to waste the time I have left, I want to make sure I experience every moment, good, bad or mediocre, and find new was to appreciate the very real miracle of life. 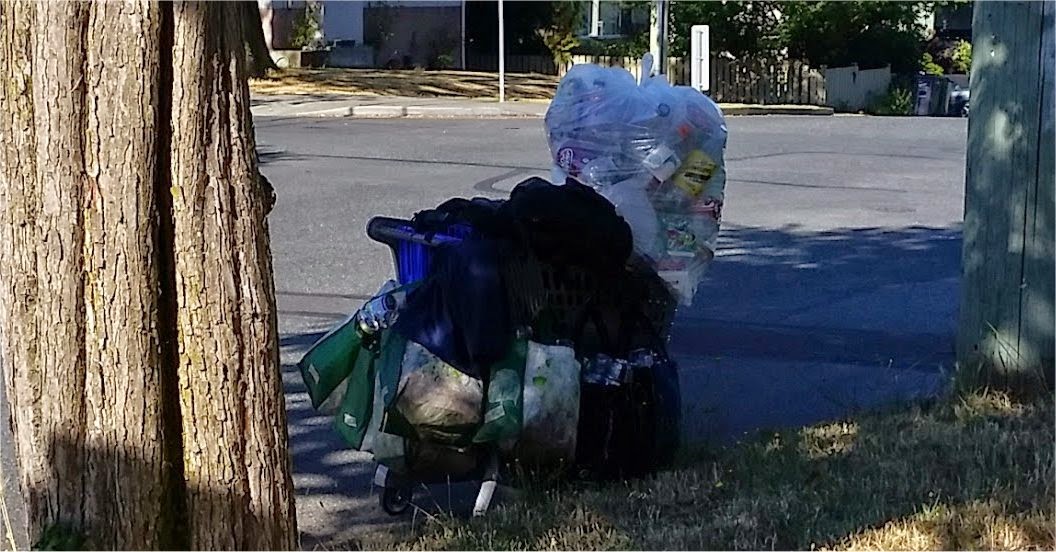 It’s curious, what I come across sometimes on my daily walks. You’ve seen some of my finds in other stories I’ve written;  often something of a surprise, something funny, emotional or just interesting that I come across on my ventures around the neighbourhood. What you see in this photo, however, is not an unusual occurrence, but something that now happens with regularity every couple of weeks, when the folks in my neighbourhood put their blue boxes out on the curb full of cans, plastics paper and cardboard for the recycling trucks to pick up and process. Under all of those bags in that picture is a shopping cart lifted from the local grocery store and re-purposed as a recycling cart.  Some people throw everything in their blue boxes, including cans and bottles that could be brought to a depot for a refund.

And that’s what brings them out…the blue box pickers.

I hadn’t heard the term “pickers” until I started to hang out with my brother who specializes in Chinese antiques and who has spent most of his life buying and selling or restoring them. He could often be found in Value Village or other thrift stores, looking through the used items on the hunt for what he called “treasure”. All you needed, he would often say, was one exceptionally good find and you’d be set for life. In those stores were others like him, looking for plates or ornaments, paintings or jewellery that people had donated or gotten rid of without knowing their value. Many people make a living just knowing what to look for in these places.

They do very well, some of them. In the picture above, you can see how many cans and bottles one person can find. Every two weeks he pushes that shopping cart around the neighbourhood, filling it with his treasure and attaching huge bags to the sides and back.  I’ve seen others with little trailers attached to their bikes. One guy actually had two small trailers attached to his bike like a train and he was having a heck of a time keeping it from toppling over when he had to go off a curb. Imagine hundreds and hundreds of cans and bottles making a run for it….that would have been a disaster for the cars whizzing past him!

At first when I began noticing these blue box pickers, I made an assumption that they were poor people trying to make a buck. But I have since realized that some of them are not poor at all. In fact, there was one time when I actually saw a man in a car, a van no less, driving around the neighbourhood collecting cans. These aren’t necessarily street people.

The thing is that I don’t know how to feel about it.  I’m kind of turned off at watching them go through my blue boxes, and others on the block.  Why is that?  We always turn our pop cans, certain plastic bottles and wine bottles in to a recycling depot to get our refund, so the pickers wouldn’t ever find anything in our blue boxes. But some of them go through the boxes anyway. Sometimes they leave a mess, most of the time they don’t.

Is there something wrong with me and my discomfort? Am I just a snob? Other than potentially being a driving hazard or taking up too much room on a side walk, the blue box pickers are really doing no harm. They’re just taking something that somebody else doesn’t want. I certainly don’t begrudge the pickers who obviously don’t have much of an income and could use the money. It’s the other ones who bother me most.

This past week I saw a lady in a relatively newer-make car, bombing from block to block, jumping in and out and picking through blue boxes. She did not look like she needed the money. Her trunk, when I saw it open as I walked by, was absolutely full as was the back seat of her car.  Other than the fact that she had a cigarette constantly dangling from her mouth (maybe she needed the $ for cigarettes?), there was nothing about her that was unseemly or desperate.  Another woman who I often see has a really high-end bike and a good helmet.  She isn’t poor either.

I just wonder what drives somebody like that. Should I consider becoming a blue box picker to supplement my income?

I couldn’t do it. I’d be embarrassed. Going through other people’s stuff would just make me uncomfortable, even if they don’t want it. I have to admit, I don’t like garage sales either, but that’s for another story.

In the end, I think what it comes down to is that I’d rather see somebody who needs the money getting those cans and bottles.  It’s more work than sitting on a street corner with a hat held out, but maybe that’s a good thing.  You need a bike or a cart and a little ingenuity.  If you work at it long and hard enough, you could probably do okay.

Ultimately, I’d like it if people didn’t have to pick cans and bottles or hold out a hat at all, but that isn’t going to happen any time soon.  So leave those bottles and cans for those who need ’em.