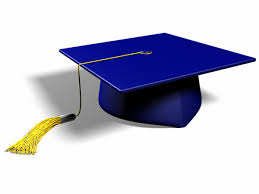 It occurred to me on the drive home from my daughter’s college graduation ceremony the other day, that I had never been to a college graduation before.  I myself went straight from high school into a full time, good paying, unionised job at the Vancouver Public Library.  I could afford to live on my own, and moved out when I was not quite 19 years old.

When my daughters got to that same age, it was sobering to realize that unless they could walk into a job like I did, which was highly unlikely, they were going to have to get some kind of certification or higher education that would lead to a better paying job and/or career.

So it was with great excitement and admitted relief that our oldest daughter graduated from her college program, completed her practicum and immediately began a new job with the same company.  Her plan is to move out with her boyfriend in a few months, once they have found a place and saved up a bit of money.

It wasn’t easy getting her to this point.  She had a lot of major issues to overcome in her young life, both physically and emotionally, and we worried half-to-death about her many times, especially during her teenage years.  Even after she decided on the program she wanted to get into, there were a number of hurdles in front of her and it took a long time to overcome them.  But she finally did.  And once she started her studies, she did exceptionally well and knew without a doubt that she had chosen the right path.  What could be better than that?

We have one daughter remaining who is very reluctant to leave her minimum wage job because she doesn’t know what she wants to do and doesn’t yet have the self-confidence to make a move in any particular direction.  One of her arguments to me was that I never went to college, so why should she? If I had known that my lack of higher education would eventually become her excuse to not pursue it, I’d have re-thought my path.  And then again, maybe not.

Every generation is faced with a different set of circumstances when they head out into the world on their own.  Even though I’m dismayed that my kids are still at home in their 20’s, I realize that so much in the world is different for them today.  Rents are phenomenally high, for one thing.  The cost of living is so out of control that we’ve come up with a new phrase called “living wage” which no one in a minimum wage job gets anywhere close to.  Life wasn’t like that when I was in my 20’s.  There were good paying jobs to be had if you got off your butt and looked for them.  But the availability of those jobs for kids coming right out of high school is pretty much non-existent now.  When the owner of the fast food business my daughter works for was faced with a legislated raise in the minimum wage, what did he do?  He cut back his staff’s hours.

It’s not that I am entirely unsympathetic to business owners, I’m aware of their struggle too.  I know a few small business owners who do nothing but worry about money because their leases, rents, products, license fees and many other costs keep going up too.

But getting a college or university degree isn’t always the answer either.  Many kids are saddled with huge debt for many years, almost impossible to get out from under.  And then you wonder about some of these university degrees and what they’re good for on a practical level.  But I digress.

What struck me at my first and only college graduation ceremony the other day was the enthusiasm and positive attitude of all of those wonderful young (and a couple of older!) students as they paraded across the stage.  The room was filled with hope, with excitement for the future and a strong belief in so many possibilities.  Students were proud, their families were proud and so were their teachers. Education does something profound and permanent to you.  Struggling with, and then succeeding at something teaches you more about yourself than you’ll ever know.  I’m hoping that my younger child will get that some day.

In the meantime, my eldest daughter is finally and happily on her way to an independent life.  That’s all a parent could ever want for their child.  I’ve never been so proud of her, and more importantly, I know she’s never been more proud of herself.