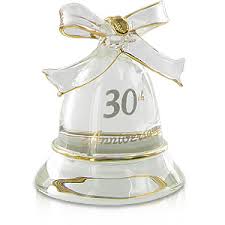 We met in Grade 6.  Well, “met” might not quite be the word.  His family had just moved to Richmond from Boucherville, Quebec and we ended up in the same class at James Gilmore Elementary School.  I don’t remember much about him when he first arrived, except that he had a striped t-shirt and he played the snare drum.

We probably got to know each other a little more when I took up clarinet and we were in the school band together.  But it wasn’t until high school that we really got to know each other, when we both became involved in the drama club.  I don’t really know why I joined the drama club, I had no aspirations to act.  It could be that one of my friends joined up and I just followed.  Somehow or another, I always ended up playing a wench.

I remember auditioning once for a very small part answering a telephone.  I didn’t get the part.

He, on the other hand, definitely had a flair for drama, and he got several leading roles.  During our high school years, we would occasionally see each other, but it wasn’t really “dating”.  That didn’t happen until 1980, when he moved to Victoria.  He had graduated from college and got a job there. Oddly enough, this is when he seemed to miss me and he began writing me letters out of the blue. No such thing as email or Facebook friending back then, letters and telephones were IT 🙂

Our long distance romance was tough, but we lasted through four years of that, only breaking up once for a short time.  He decided to buy a house and asked me if I wanted to buy it with him.  I didn’t want to in case we broke up again.  I mean, it could happen!  But he bought it anyway and not long after, we decided to move in together.  I took some holidays and came to Victoria to look for a job first, but didn’t find one right away.  He suggested I move over anyway, so I did.

Soon we will mark our 30th year of marriage, but we actually like to count back from the year we met, 1969.  I don’t really know why we started doing that, but when you think of it, how many people do you know who are married and who met when they were in Grade 6?  We like to think that our history has a lot to do with our being able to stick together.  It’s like we grew up together.  And hopefully we’ll grow old together.

We know each other about as well as any two people could.  We have the things we like to do together, like our trips to Hawaii and working in the yard, and golfing, and we’ve even worked together on many television projects.  And we have things we do apart…I think that makes for a healthy relationship.

We decided early on that when we argued, we had to be fair with each other.  That’s not to say arguments never got heated, but there would be no bullying, or nastiness just for the sake of nastiness.  I don’t know how we were mature enough to figure that out so early, but I think it helped us get through a lot.   And like any marriage, we’ve been through plenty.  I wrote a song about us a few years back called Meant 2 B:


And when we talk, I’m a lightening mouth
I never think it all through before it gets out
And I watch in agony
While he ponders what to say


I’m a little left, he’s a little right
But when we’re in between, we hold on tight


The money comes and the money goes
He holds it too tight and I just let it flow!
And while he works and he plans ahead
I live to play today!


Yeah, and if I were a TV set
He’d have a lot more time for me I’d just bet
And if he were a romance novel
I’d never put him down


He’s a microwave to my “slow cook”
I could almost write a whole damn book!