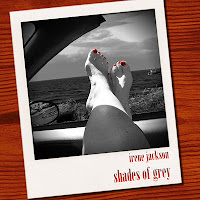 Back in March, I wrote an article all about my new CD, Shades of Grey, even though it was not quite ready to be put out there.  I was pretty sure that it would be released within a couple of weeks at that point.  But no.

I was kind of waylaid when I was given the opportunity to compose music for a local television news program. It would be a good chance to earn some real money and I jumped at it.  So I spent the better part of four months working on it in collaboration with a couple of people from the station.  Well, up until a couple of weeks ago I thought I was just putting the finishing touches on it.  Then I found out that they had actually enlisted another composer to submit music.

One thing I am not is competitive.  Actually, the truth is that I am TOO competitive, and a very sore loser.  So that’s why I don’t like to be pitted up against anyone else in any situation under any circumstances.  Had I known that someone else was also submitting music, I would not have participated.  You might consider that an imperfection, but there you go.  And of course, once I realized that someone else was submitting music, I gave up all hope.  Which proved to be correct.  So I pretty much wasted four months.  They did give me something called a “kill fee”, a term I’ve never heard before.  I guess the idea is to pay you for your efforts, which is fair, but of course it comes nowhere near the time and effort spent.   Most of all, it’s just discouraging.

So I decided to throw myself back into my own music right away just to give myself a sense of accomplishment, and today I finally finished mastering “Grey Shades”.

Warning:  the next part of this article is rather technical!

I have never mastered my own work before, but I discovered a program called Izotope Ozone which has all kinds of lovely pre-sets (a MUST for me!) so that I could just hit a pre-set and see what it did to my mix.  I lost objectivity several times…to the point where my daughter came downstairs one day and say “It sounds TERRIBLE!!”  I threw her out of the room, but realized she was right and so I started all over again.  Mastering is a mysterious process.  You mix everything down and then you take the stereo mix and master it…some will tell you that mastering really only has to do with making all of the songs of equal volume and give each one a clean beginning and end.  But it’s what mastering does to the mix itself that is the biggest mystery.  It changes the overall sound and gives it that “Oomph!” that the original mix doesn’t have.  A lot of people like the idea of the mix being really “loud”, on par with professional recordings out there.  Loud is okay as long as it doesn’t take out the dynamics…the soft spots should still be soft, not harsh, and the “loud” parts should not kill your ears.  I will never be a mastering master.  But it’s been interesting.

My daughter and I more or less designed the cover together.  I had the idea of featuring my convertible somehow and wouldn’t it be funny to have my feet sticking out and everything grey except my painted toenails?  So I took some photos and Gracie did the design from there.  The picture was taken in my driveway, so she superimposed an ocean scene in the background and then she made it into a Polaroid picture look.  We fooled around with different things, and what you see is the result.

And now it’s done.  I have put the songs up on Soundclick, a website I have been with for many years.  You can listen to the songs in full and you can buy them individually or the whole album.  Soon I will also have it on iTunes and a lot of the other digital music services.

The difficulty is in letting go.  I tweaked and re-mixed and re-mastered many times and the temptation is to do more.  But it’s time to let it go.

One thought on “Is It Ready Yet?”