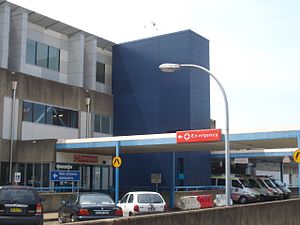 I was appalled to watch some of the news video of these so-called “town hall meetings” (more like bar room brawls) that took place over the last few weeks regarding health care reform in the US. The misinformation that was being spewed was bad enough, but when I saw a commercial running on US networks featuring a “Canadian” woman suggesting that she would have died had she stayed in Canada and waited for surgery for her condition, that nearly did me in.

Sure, people die. And sometimes people die because they can’t get help fast enough. But to characterize Canadian health care as so “care-less” is nothing less than fear mongering, and the pharmaceutical and health insurance companies who were behind the campaigns in the US should be ashamed of themselves. I’m sure they’re not because it’s all about the bottom line, just as it was for those lovely Wall Street giants who brought the economy to its knees.

I’m not against business, and I’m not against “big”, but health should never be about big business. I know that’s idealistic, but you don’t see Canadians wanting to get rid of our health care system in spite of its flaws, because we know and see what happens to people in countries who don’t have it. Imagine having recovered from a life-threatening illness, only to have to face the rest of that life literally paying for it. And then imagine being deathly ill and then turned away from a hospital emergency ward because you don’t have insurance.

I was in emergency at our local hospital at about 3am the other morning. I have been there before when it has been horrendously busy and it took hours to get attention. Fortunately, what we were dealing with at the time wasn’t life-threatening, just a scare. And the other night was similar, except for the fact that it was not busy at all and we got in to see a doctor almost immediately. The only card we had to show was our health care card number, which is something every Canadian citizen automatically receives. The staff and doctors were caring and helpful, and they were patient with our questions and concerns. And in the end there was a wave goodbye, but there was no bill.

Personally, I have no vested interest in American health care and whatever the population down there chooses to do is their business. But don’t drag our system through the mud simply in order to keep your fat insurance companies booming, and to scare your population out of the idea or ideal of universal health care.

And last, but definitely not least, we each have to take responsibility for our own health. We can’t expect to be careless with our bodies and then simply walk into a hospital and say “fix me”. We know a lot more these days about the dangers of smoking or overindulgence of any kind, or what a bad diet and a lack of some form of physical activity can do to our bodies.

When we were in the hospital the other morning, a care worker came around to ask us if we would take part in a survey. She explained that the survey was taking place only on Friday and Saturday nights, because that’s when the majority of emergency patients are coming in because of the effects of alcohol or drugs. It galls me that people’s stupidity and carelessness can lead to a back up of services for those who have legitimate emergencies. And those who are seriously addicted to substances need real, long term help, which is not easy to find.

There are problems with our health care system, no question. But Canadians would rather keep it and try to fix it, than not have it at all. And as seemingly inefficient as it may be, I’ll take the band-aid over the axe any day.