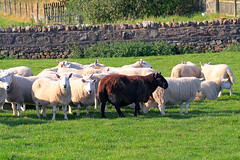 Okay, so it’s my first week of a break from teaching coming up. I usually take August off from teaching…mostly just to prevent burn out, and to re-organize myself for the fall.

This year I have a To Do list. Well, I almost always have a To Do list at this time, but this year it is huge. I know that if I’m lucky, I will complete HALF of what is on there. And then I will be mad at myself for not doing it all.

So why do I set myself up for this kind of disappointment? I certainly think to myself that I’m going to get it all done…don’t I? It is very ambitious…I think I spend at least six months thinking about what I’m going to do when I’m off. And then my husband comes along and tells me that I shouldn’t do anything but have fun. So now I’m thinking “Am I allowed to do that?” Is it possible for me to just take a whole month off and doing only what I really WANT to do?

It’s funny because most of my life I have considered myself quite lazy. I think it stems from being a teenager and being told that I was exactly like one of my relatives. I won’t say who, but I’m sort of guessing that every family has a “black sheep” or “lazy” or eccentric relative that the rest of the family holds up as some kind of anti-incentive. Don’t turn out like him/her…you know your relative/ancestor/uncle/aunt/cousin/grandparent/sister/brother so-and-so was blah, blah, blah, and you don’t want to be like that! It’s sort of funny, if it weren’t so sad. Who knows? Maybe I could be that awful “Auntie Irene” who you don’t want to be like, because…well, YOU know.

And so, as a result, I spent a lot of my life thinking that I must be just like my relative, and that somehow made me lazy and unproductive. I would lambaste myself constantly about not doing enough housework or sloughing off at my various jobs, and my guilt about my procrastinating tendencies followed me everywhere. It’s awful, when you think of it, how an off-the-cuff comment at sometime in your childhood can colour the rest of your life experience that way.

As I got older, when anyone told me that I was working too hard or doing too much, I thought they were idiots. How could one ever do enough? Impossible. My kids would often complain that “Mom’s always working”, but really, I wasn’t working nearly enough! Or so I thought.

It’s not as if I never thought I needed a break…of course I did! But even then, there was a certain amount of guilt that came along with taking any kind of break from anything. And as it turns out, apparently North Americans are like that A LOT. We don’t really know how to relax…even when we’re sitting on our duffs and seemingly doing nothing, our minds are rife with ‘to do’ lists and projections about our future endeavors. We cannot relax. Which means I am, apparently, not alone.

It is 11:05am on my first real day off. So far, I have looked at my To Do List, and have done a couple of things that were not on it. And now I’m sitting here writing my blog…I don’t think that was on my To Do List either. I think I might go out and look at my garden in a bit. Oh, and then it will be lunch time.

Which is why my To Do List only gets half-done.